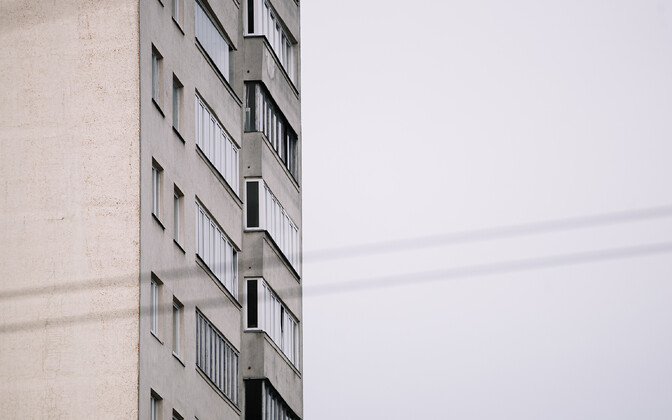 About 14,000 buildings need reconstruction work, according to data from the Ministry of Economic Affairs and Communications.

But many housing associations are wary of taking out new loans to fund renovations in the current economic climate, Dagmar Mattiisen, board member of the Estonian Union of Cooperative Housing (Eesti Korteriühistute Liit), said on Wednesday. to “Aktuaalne kaamera”.

“Extremely uncertain. First of all, it’s already difficult to get a bigger loan. Older people are afraid of rising prices. They’re quite worried. And what middle-aged people are concerned about is is that they already have some sort of loan obligation and taking out a big reconstruction loan right now, that worries people,” Mattiisen said.

If two years ago buildings with 30 apartments were rebuilt with €800,000, it would now cost €1.2 million. Many have decided that without Kredex support, they will only take out small loans to cover emergency repairs.

“In previous years, when Kredex gave funding, there were larger sums for a complete renovation. Now, unfortunately, when there is no support at the moment, there are the same number of applicants but smaller sums will be requested for one-off works,” Purgi said.

Construction companies say there is still demand for renovations, but they are also having to postpone work due to market fluctuations.

Lauri Raud, a member of the Tolira Construction Board, said many people were hesitant when they received quotes for renovations due to rising costs.

“Another problem concerns small houses. They certainly have a higher renovation cost per unit and per apartment. At this stage, the state should rethink the aid system and increase the aid rate for small apartments, whatever the region,” he added. said.

A broader cycle of reconstruction requests will be opened at the end of the year by the ministry. Ivo Jaanisoo, head of the construction and housing department, said the focus would be on small apartment buildings.