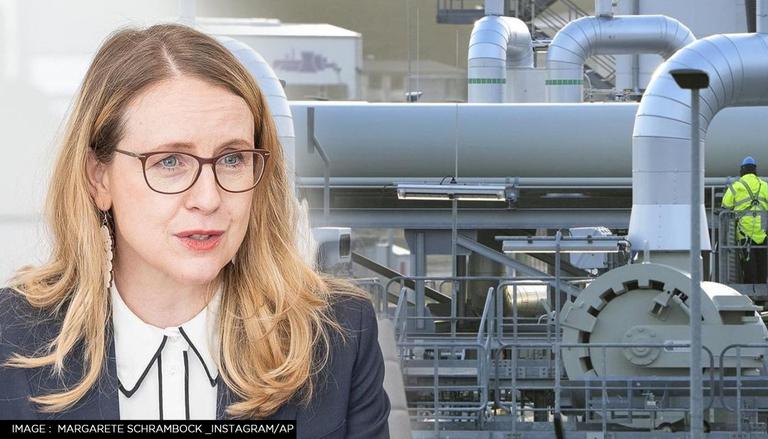 Various European countries are looking for alternatives to limit their dependence on Russian gas supplies. However, some EU countries believe they are not ready for the Russian gas embargo as it would harm their energy security. On Friday, Austrian Minister for Digital and Economic Affairs Margarete Schrambock said a Russian gas embargo would be a “red line” for Austria in an interview with Funke Media Group. She said a gas embargo is a clear red line for Austria, adding that they should not send any embargo signal unless they are able to pursue it.

The Minister further stated that neither Austria nor Germany will be able to resist as both countries have stated that such an embargo would cause more harm than good. Additionally, Schrambock urged the EU to embrace fracking to produce gas, saying there are environmentally friendly methods to extract shale gas. She also said lawmakers are pushing for new cooperation, such as in solar and hydrogen with Saudi Arabia.

With the exception of the gas embargo, Austria claims to support all sanctions against Russia. As part of the sixth round of sanctions against the Russian Federation which was revealed on Wednesday, the European Commission has proposed measures to phase out Russian oil, with EU chief Ursula von der Leyen saying it will ensure that Russian oil is disposed of in a way that allows them to acquire alternative supplies.

Earlier, in an interview with the Kurier, the CEO of Austrian oil and gas giant OMV Alfred Stern warned that EU countries were not prepared for a Russian gas embargo and that such a move would have serious economic ramifications for Europe. He also indicated that cutting off the gas supply would have considerable economic consequences, stating that households consume around 20% gas per year on average and that they need around 35% for energy production and 40 % for industry. The report suggests that OMV has no intention of stopping receiving gas from Russia. It was also said that gas from storage facilities could be used to serve customers if the supply of Russian gas is interrupted.