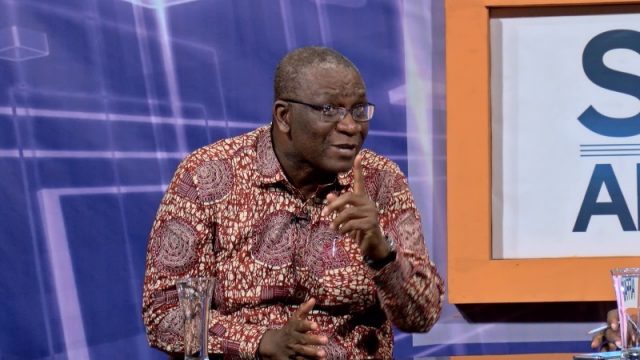 Mr. Agyarko said this during a public lecture in Accra organized by the Union of Young Democrats of Africa (YDUA) on the theme: “Democracy and geopolitics: a global perspective on the changing dynamics of the international order “.

Mr. Stephen Harper, former Prime Minister of Canada, was the keynote speaker for the “Series of High Level Public Lectures on Governance in Africa”.

Mr. Stephen Harper, 22nd Prime Minister of Canada, also challenged African leaders to rejuvenate the youth to meet challenges and be free when times get tough.

“Indeed, I think we are on the path to change and that will be essential if society produces a new generation of leaders,” he said.

Mr. Harper, who is also president of the International Democratic Union (IDU), advised the leaders of the new generation to adopt the right and true values ​​of conservative public policy to solve the challenges of their time.

Madame Louisa Atta-Agyemang, President of YDUA, said that despite various failing regimes, the centre-right tradition had ruled Ghana for more than two decades.

She said it gave time and space to build a series of tools that provided education, knowledge and information for crucial development.

Ms. Atta-Agyemang urged leaders to keep in mind that their next policy decision will affect the poor and marginalized in society.

“Let us be guided, remember that we have a continent to build with clear political dimensions,” she said.

Dr. Holger Dix, director of the Konrad Adenauer Foundation’s Regional Policy Dialogue Program for Sub-Saharan Africa, said the centre-right is currently under threat as a result of instability in Ukraine and Russia, saying that it exposed Africa to many threats.

Dr Dix said the dialogue was timely to discuss the ongoing political conversation with and within Africa.

Mrs. Akosua Frema Opare-Osei, Chief of Staff in the Office of the President, said that the NPP ensures that the values ​​of the IDU are transmitted to the next generation of leaders through the YDUA.

“With this, the capacity of African youth in democracy and rule of law is built through a benchmark that this conference serves,” she said.

He said it would help shape the global youth conversation.

Mr. John Boadu, Secretary General of the NPP and Vice President of the Democratic Union of Africa, congratulated the organizers for the theme and said that democracy and centre-right politics were at the heart of the union.

Topics such as economic inequality, youth participation in politics and the older generation mentoring young people to lead were some of the main discussions around which the open forum centered.

A youth conference for members and engagement with former President John Agyekum Kufour as well as a stakeholder meeting with the Institute of Economic Affairs, were some of the activities leading up to the conference.

The event which was supported by the Konrad Adenauer Foundation and the NPP brought together participants from Ghana, Tanzania, Ivory Coast, Liberia, Morocco and Uganda.

The others were, among others, Togo, Kenya, Equatorial Guinea and Namibia.

Citations were presented to Ms. Opare -Osei and Mr. Harper for their effective and efficient leadership roles in their efforts.

YDUA is an alliance of centre-right political parties in Africa. Founded in Dakar, Senegal in 1997, it is affiliated with the global IDU.

Its main objective is to bring together parties with similar political goals and objectives, such as the protection of democracy and individual freedom, from across Africa, with its headquarters in Accra, Ghana.

Send your news to [email protected] and via WhatsApp to +233 244244807
To follow Ghana News on Google News
2022-05-08
Previous Post: Yes, an economic recession is coming – 5 things work must guarantee us now
Next Post: Sri Lanka’s Economic Turmoil: How Japan and India Can Help