CGS-CIMB RESEARCH (MAY 24): Third quarter revenue for the fiscal year ended June 30, 2021 (3QFY6 / 21) increased by 41% year-on-year thanks to higher sales in the radio frequency division ( RF). This is a 97% year-over-year increase due to a higher cargo volume and expansion of the new in-package (SiP) system assembly capacity to P34. Due to higher operating leverage, EBITDA margin increased 6.3 points year-on-year to 32.4%. Basic net profit at 3QFY21 jumped 2.4 times year on year to RM82 million.

Meanwhile, 9MFY21’s revenue jumped 29% year-on-year due to higher utilization of the RF division, driven by higher demand for RF chips. The RF division posted 76% year-over-year sales growth in 9MFY21. Overall, basic net profit in 9MFY21 jumped 2.1 times to RM 240 million. Inari also declared an interim DPS of 2.2 sen and a special DPS of 1.8 sen for the 3T, bringing the total dividend to 8.5 sen per share in 9MFY21, ahead of our expectations.

We are increasing our FY21-23F EPS (forecast) from 2% to 14% as we expect the group to benefit from the growth in RF content through the increasing penetration of 5G smartphones. Industry research group Gartner Research & Advisory expects 5G smartphone penetration to increase from 15% in 2020 to 35% in 2021F, thanks to the rollout of the new 5G network in China and emerging markets. We assume that the group is preparing to increase the production capacity of RF chip assembly and testing for the new flagship 5G smartphones scheduled for launch in 2HCY21F, which is expected to start in June 2021. Meanwhile, the group does not has not experienced any material impact on its RF Division amid the ongoing wafer shortage, indicating that production deliveries are staying on schedule.

We see the decline in the share price as a good opportunity to accumulate stock, given the growth of RF content in 5G mobile devices. Its new investment cycle strategy, following its plans to issue 10% of new shares through a private placement, could raise up to RM1.07 billion. We believe that the group is exploring both organic avenues and mergers and acquisitions avenues to stimulate its long-term growth. 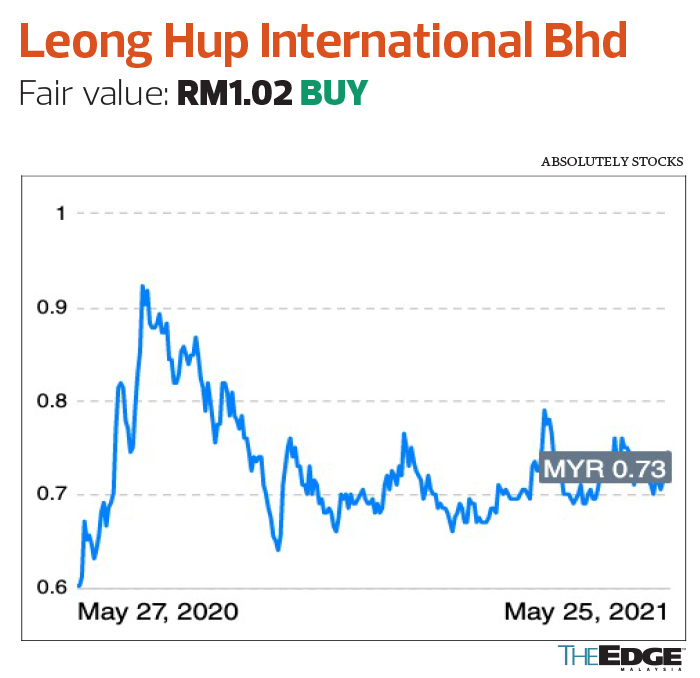 INVESTMENT BANK RESEARCH (MAY 24): The group believes that imbalances in demand and supply dynamics for broilers and day-old chicks (DOC) have been corrected. We remain convinced that the poultry ASP (average selling price) will continue to hold up despite the 3.0 movement control order.

Second, the group is confident that egg ASP will recover from the March Salmonella crisis within the next two months.

Third, Indonesian prices have seen a steady recovery since slaughter drills took place in the third quarter of fiscal 2020, while upcoming and newly completed expansions of livestock and feed factories in Vietnam and the Philippines are envisioned to generate revenue and profit margins. Meanwhile, the group’s confectionery chain The Baker’s Cottage continues to record steady growth, with 132 active outlets and 450 more by F2023, which are expected to contribute around 8% of Malaysian revenue in the region. during the financial year 21F.

We are positive on the review of the group’s product mix, even though the group could feel a pinch in July due to rising raw material costs. On the bright side is that the supply of corn and soybeans is expected to improve in 2HFY21, which could provide respite in the form of lower feed meal costs in 2HFY21. 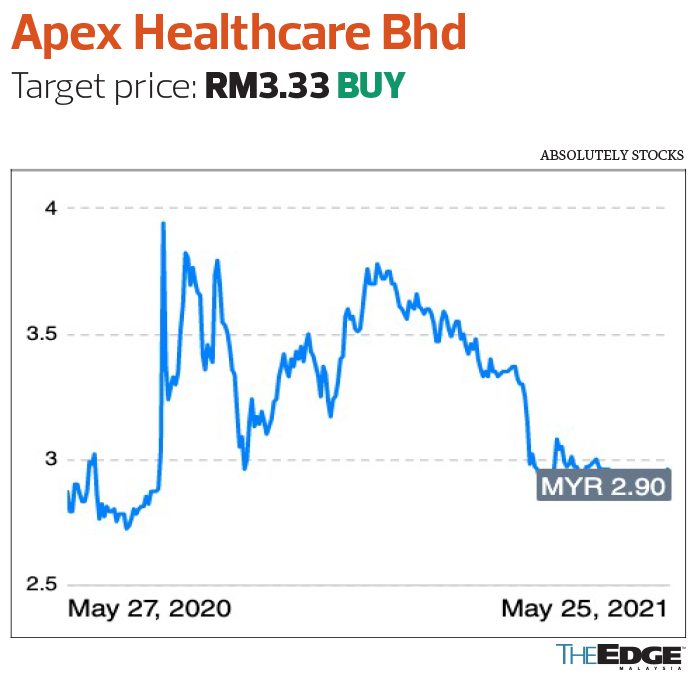 INVESTMENT BANK RESEARCH (MAY 24): The drag from associated company Straits Apex Sdn Bhd (SA) is expected to ease over the next few quarters. Main client Smith and Nephew Sales Sdn Bhd, which contributes approximately 62% of SA sales, carried out the bulk of 1QFY21’s transactions in 4QFY20. Pandemic uncertainty has also led it to postpone most of its remaining orders to 2HFY21. Currently, order levels are similar to last year.

However, the low utilization rates of SPP NOVO should keep the margins in the manufacturing segment down; therefore, the group is delaying its expansion plans until pharmaceutical demand returns.

With Ministry of Health (MoH) spending linked by the resurgence of the pandemic, the group believes government tenders are hard to come by at the moment. We expect this to normalize in FY22, as the bulk of the Department of Health’s mass vaccinations will have already been completed by then. Looking ahead, we remain optimistic about the future prospects of Apex as a recovery factor. 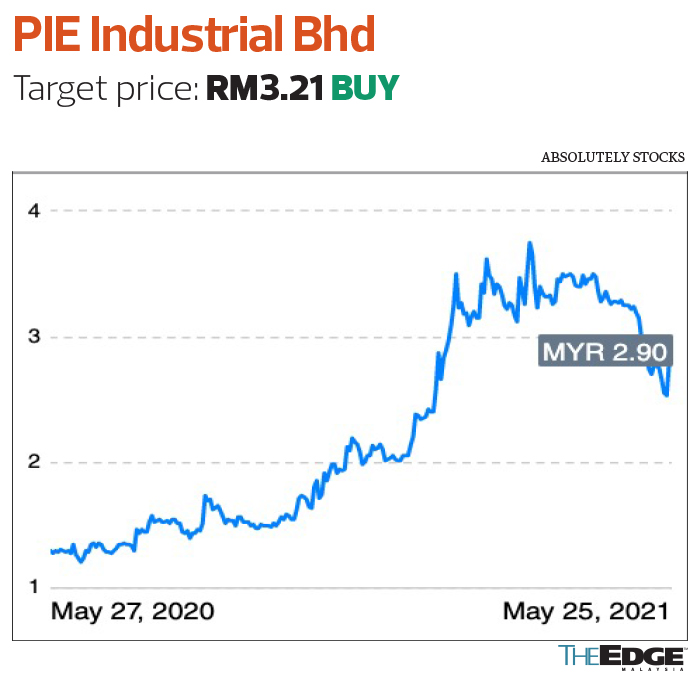 MIDF Research (MAY 24): PIE Industrial Bhd reported Basic Net Profit (CNP) of RM 5.41 million, below consensus and our expectations at 8.8% and 10.8%, respectively, estimates annuals. Note, we have excluded depreciated inventory and impairment losses amounting to RM 6.7 million in our profit calculation.

Group revenue increased 161.3% year-on-year to RM 263.2 million, due to increased demand from new and existing customers for Electronic Product Manufacturing (EMS), raw wire and cable and wire harness products. Profits, however, were 80.8% quarter-on-quarter from RM 28.18 million. This decrease could be attributed to the seasonal factor of the results as well as to the temporary closure of the two factories of the group from March 23 to April 2 after a planned Covid-19 screening test.

Meanwhile, the gross wire and cable segment revenue contribution increased 94.2% year-on-year to RM 45.4 million. The group was able to offset the increase in the price of copper since the end of fiscal 2020 and maintain its profit margin because the selling price offered to customers is indexed to the price of copper determined according to the market. We believe resilient growth in the manufacturing segment of the group based on the timely investments made to take advantage of current industry trends. We estimate that a dividend of six sen will be declared in fiscal year 21.