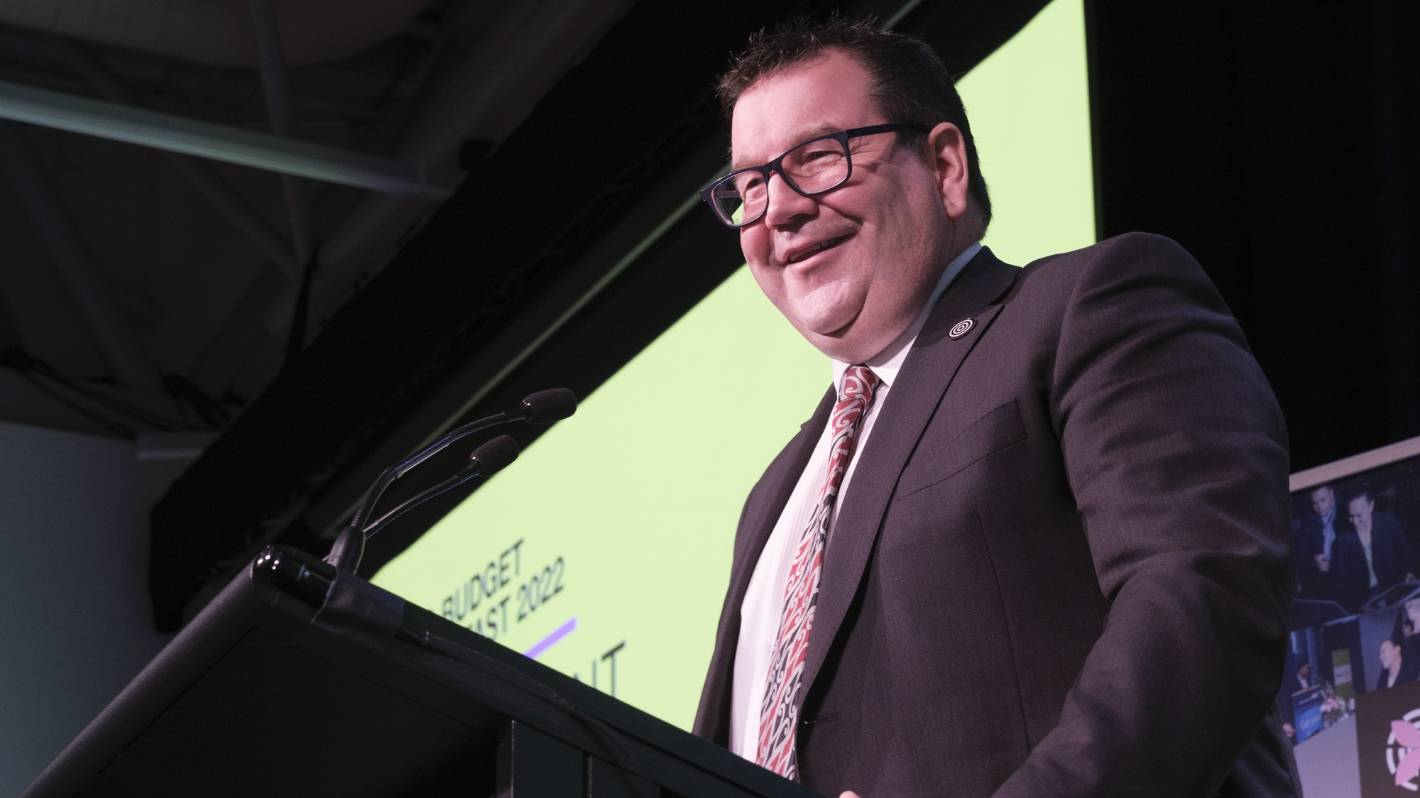 ANALYSIS: New Zealand’s political economy currently appears to be in a state of disconnect. All the big economic numbers that governments traditionally use to tell stories are searing: the unemployment rate is very low, at 3.2%. Annual GDP growth is high at 5.6%. wage growth of 3% is at its highest level since 2009.

On the tin, everything looks pretty good. But in a world dominated by social media echo chambers, there is a feeling that, politically, macroeconomic indicators no longer matter, because they don’t reflect everyone’s experience.

The numbers may look good, but if I back up, or if there’s more injustice in the world, they must be bad. It’s all pretty post-modern.

Yet, beyond the social media milieu, these numbers are very important, because they reflect what is happening in the world – mainly that there are a lot of jobs. But they are also sidetracked by a new reality, namely that there is one indicator that politically rules them all: inflation. At 6.9%, while it is rising, most New Zealanders are falling back.

READ MORE:
* Now is not the time for the Reserve Bank to pull inflation too hard
* Here’s what the invasion of Ukraine could mean for your household finances
* New Zealand’s economy wins Covid battle, only for new threat to emerge

Businesses and households are feeling the effects. Consumer confidence is at rock bottom and a budget will be presented on Thursday, which shouldn’t bring much relief. The Reserve Bank begins a cycle of raising interest rates and on May 25 the official exchange rate is expected to rise another 50 basis points.

What happened to building back better? Remember the Labor refrain as we entered the GFC and the budget last year? There seems to be a lot of movement, on the part of the government, but not a lot of concrete achievements. Many reforms are still in progress. There is a heightened sense that Labor has won the Covid war, but is losing the peace.

Right now, the budget priorities are health and climate change. Healthcare is a permanent black hole for money – there is always more demand for care than money available – but healthcare reforms and addressing DHB deficits are changes that are long overdue . Same for the climate.

All of this speaks to a very unusual set of political and economic circumstances not seen in New Zealand for a very long time. There is a significant share of inflation in non-tradable goods (essentially domestic), but also a good part of the inflation driven by shortages of foreign origin: of goods, services, labor and equipment. an economy that was already facing labor shortages, even before the pandemic. Then there are the additional pressures created by Vladimir Putin’s war in Ukraine.

“The big challenges – if you ask companies – tend to be on the supply side, they can’t find staff, costs are skyrocketing, that sort of thing,” said Sharon Zollner, chief economist at ANZ.

“The problem for the central bank is that this is a very inflationary environment – ​​whatever the cause of this stretch: hampered supply or stretched demand.”

Zollner thinks it’s a mix of both factors, but in the end the central bank has only one choice.

“The only solution is to reduce demand.” This means interest rate hikes.

Zollner says signals from the Reserve Bank, along with the sharp slowdown in the housing market, are already causing the economy to slow. She compares this to 2007, when the official exchange rate was raised four months in a row to a dizzying 8.25%, but it seemed to have little effect on consumer behavior or property prices until what the GFC and the accompanying credit crunch have wrecked on New Zealand shoes.

“They will feel comfortable being able to take things a little more cautiously. It’s not 2007, they’re gaining ground, house prices are down, confidence is down and…there’s no reason to think the Reserve Bank will have to raise interest rates. interest at these levels.

Zollner also says there are good signs for the second half of the year, for example with regard to the cost of shipping, which according to the IMF in March has increased sevenfold since the start of the pandemic.

“There are good reasons to believe that global inflation will come down – by the second half of this year, shipping lines should once again be competing for business, and there are early signs of lower prices. commodity prices as concerns grow about growth prospects in China in particular,” she said.

Yet, in the meantime, there is still suffering for consumers and a government that, like others around the world and in hindsight, has kept the money spigot open for too long.

Kiwis are cutting treats and spending amid a steep rise in the cost of living. “You have to think twice about what you put in the basket.”

Politically, the challenge for the government is to make the case for long-term investments – particularly in health, climate and infrastructure – while convincing voters that it understands and will do what it can in the face of the cost of living crisis. Finance Minister Grant Robertson on Wednesday again defended spending money on longer-term priorities.

“If we decided not to reform our health care system, we wouldn’t see a drop in gas prices; we would just have both high gas prices and a healthcare system that was not set up to meet our needs.

But Robertson has a problem: the economy is already constrained.

“There is rampant inflation and capacity constraints are much worse than they have been in living memory,” said Stephen Toplis, head of research at BNZ.

Still, Toplis believes Robertson is a minister determined to deliver surpluses and that promised new health and climate spending will likely have to be made at some point.

“Environmental and carbon issues are going to be front and center. The big question is how much does this add to the costs for everyone, can we support this and ensure that the cost allocation is appropriate. In terms of manpower, how can we find the people we need,” he says.

Although one of Labor’s main criticisms has been its steep increase in spending in recent years – some $6 billion added to the annual operating allowance – Toplis says that with climate and health, the money had to probably be spent, the question was just when.

At the root of a lot of the problems is the capacity constraint within the economy, he says. There is not enough labor to support the economic activity demanded, especially around infrastructure.

“While we are very focused on Covid and its impact on the workforce – largely through what has happened across borders – people should remember that before the word Covid n enters our lexicon, we were already starting to experience labor shortages,” he said. said.

“Covid did not cause but exacerbate a trend that was well and truly in place.”

Toplis says it’s a moot point whether or not we enter a technical recession “but we have to prepare for an extended period of slow or negative growth.” Even if you’re optimistic, growth will always be limited by capacity. In this environment, who will be willing or able to invest and hire to allow the economy to grow? »

“The question is…whether the downturn can be achieved without a sharp downturn and how much pain inflation produces until moderation is achieved.”

But for the government and Robertson, this economic conundrum raises a series of challenges that Labor would never have thought they would face a few years ago. When the Labor Party came to power, it clamped down on foreign direct investment while maintaining a distrust of high levels of immigration.

Yet, as with New Zealand’s history since the arrival of the first European settlers, both things will be needed more than ever in these new two years. Without it, building back better could be a mirage, entangled in slow growth, higher-than-desirable inflation and shrinking real incomes.