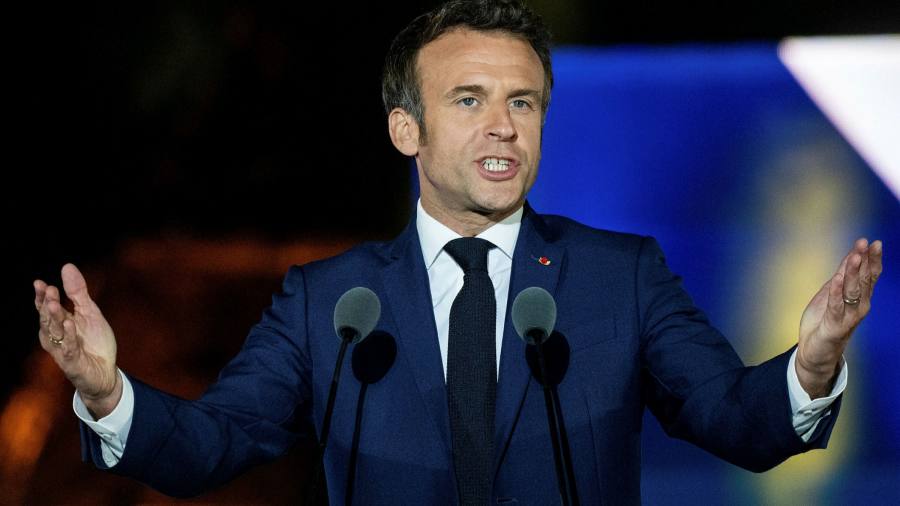 Less than 24 hours after Emmanuel Macron won his second term as president, his government had stepped up its response to one of the main concerns of those who voted for his rival Marine Le Pen: the soaring cost of living.

“Whatever happens, we will do more to protect the French from soaring gasoline prices,” Bruno Le Maire, Macron’s economy minister for five years, told Franceinfo radio on Monday, adding that the Existing fuel discounts could be replaced by summer with more targeted ones for motorists struggling with high costs at the pump.

The new assurances highlighted one of the most pressing problems facing the French economy – problems that could overshadow the first few months of Macron’s second term and push the government to spend more.

Public finances are already under pressure after the Covid-19 pandemic swelled the budget deficit to 6.5% of output last year, and the government has already offered 25 billion euros in emergency aid on energy prices. But Macron will be aware that cost-of-living hikes have fueled strong voter support for the far right. This poses an immediate challenge for a president who, despite securing a respectable 58.5% of the vote, won an election where abstentions were at their highest level in 50 years.

There are also a host of more structural challenges that Macron faces.

Top of the list are labor reforms, including an overhaul of the pension system, which would raise the retirement age from 62 to around 65. “Without this reform, all the other things that have been promised on teachers’ salaries, on health and hospitals, on rural development, on industry, on the energy transition will not happen – there would be no money to make them,” said Patrick Artus, chief economist at Natixis.

France devotes nearly 14% of its economic output to pensions, more than most of its European neighbors. But the latest proposals have caused a backlash on the campaign trail, drawing criticism from voters and political rivals as well as unions.

Macron has already shelved a first attempt to restructure the system ahead of the elections. The chances of pushing through further reforms depend in part on the June legislative elections and the president’s ability to muster a new majority.

Tackling France’s low labor force participation rate, which weighs on government revenues and reflects the long-term challenge of developing a more skilled workforce, should also be a priority. “We know what needs to be done,” Artus said, adding that further revisions to the education system would be needed. “The problem is that all of this is drowned out by many other requests.”

Businesses – which have demanded further cuts in so-called production taxes, based not on their profits but on their turnover, staff or assets – are also under pressure due to rising inflation .

Although inflation is below the eurozone average, soaring commodity prices and rising energy costs have hit French manufacturers, automakers and airlines hard. The industry has also suffered from bottlenecks in global supply chains.

While France’s economic rebound has been stronger so far than that of other major European countries, Russia’s invasion of Ukraine could still cause bumps in the road. “Business leaders are mad with worry,” said a banker in Paris. “They fear an impending economic crisis because of the fallout from war sanctions.”

Macron must also tackle the overhaul of state-owned electricity company EDF, which will require Brussels’ blessing over state aid rules. Attempts to restructure EDF failed last year. But the president has signaled that the indebted group could be fully nationalized at first. Analysts and company sources expect talks on agreeing a new regulatory framework for the nuclear sector to resume after the election.

There is also the broader challenge of charting a viable energy future for France. Plans are underway to build at least six new nuclear reactors.

Macron has already started rolling out a €100 billion EU-backed program to develop new sectors such as hydrogen, support the transformation of buildings to make them more energy efficient and create jobs in the process, and fund incentives to attract more industrial investment to the country. . 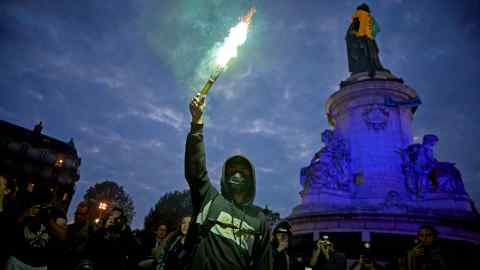 Despite the trash full in the face of the president, many business leaders – even those less enthusiastic about Macron on a personal level – breathed a sigh of relief on Monday, fearing market chaos and an EU implosion if Marine Le Pen had won.

“Everyone is a little better today,” an industrial company executive said on Monday, adding that politics had “back to normal.”

However, few are optimistic about the task at hand. Macron, they know, will have to pull off a complex juggling act. “It’s a much more complicated program than it was five years ago,” said a financial industry executive. “His victory is fundamentally good news for business and for Europe. But there are many uncertainties and fears of social unrest.