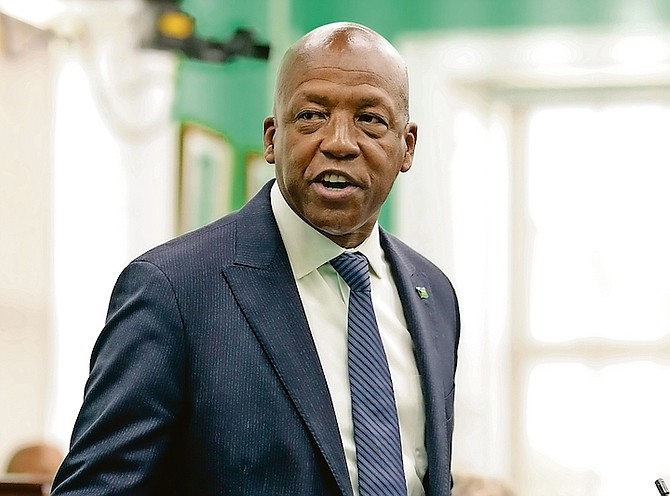 AMID concerns over soaring inflation and rising fuel prices, Minister of Works and Public Services Alfred Sears said “there is always the possibility” of an increase in Bahamian electricity and lighting bills due to external factors.

When asked if he would be able to comment on whether it was possible that consumers could expect their BPL bills to increase given inflation and rising fuel prices, Ms. Sears told reporters yesterday: “I think there’s always a possibility.”

He also said the government was focused on bringing renewable energy sources to market, adding that a “major project” for solar energy in New Providence as well as initiatives in the Family Islands would soon be announced.

“The support for the hedge remains, but I think what’s important is that as we deal with the short-term challenges, we’re starting to lay the foundations for a more sustainable future and that sustainable future means that we must fulfill our commitment. going green in terms of solar power generation and you will very soon hear of a major project in New Providence for solar power generation and also projects in several of our family islands as well as the commissioning of the micro-grid at Ragged Island.

At the beginning of March, BPL announced in a press release that electricity prices would increase due to rising fuel prices. About an hour later, the press release was recalled.

The next day, Mr Sears said the government had not approved any increase in electricity rates, nor was it planning to do so.

Meanwhile, in recent weeks there have been complaints of frequent power outages in New Providence.

When asked why these issues were occurring, Sears said the question would be best directed to BPL. However, he repeated the goal of renewable energy.

“We all live in the Commonwealth of the Bahamas. We’ve all experienced load shedding, so it’s not a recent phenomenon,” he said yesterday. “What we’ve committed to is incorporating more of it into power generation so that that big billion dollar bill that we spend every year importing fuel, mostly crude oil, is finally something from the past and the sun, which is abundant in the Bahamas. , thanks to solar energy and other forms of renewable energy would be part of the electricity production.

“Currently, the Bahamas, compared to its regional counterparts, does not have meaningful integration of renewable energy into its power generation infrastructure and in the Speech from the Throne, in the Master Plan for Change, we have committed that by 2030 there will be 30% of the electricity produced will come from renewable sources.This is a very ambitious objective and therefore we have asked BPL to pursue this energy policy objective and this process very aggressively, I know they work, they are reviewing.We also have Ragged Island, which we will be implementing in about a month, a micro-grid based on solar power generation.

Last month, the government signed a $9 million non-reimbursable financing agreement with the European Union and the Interdevelopment Bank to help with renewable energy reform in the country.

The signing ceremony was held at the Ministry of Finance in the presence of the Minister of Economic Affairs, Michael Halkitis, as well as representatives of the IDB and the EU, Daniela Carrera-Marquis and Marianne Van Steen.

Speaking at the event, Ms. Carrera-Marquis of the Inter-Development Bank (IDB) said the grant will enable the construction of several solar power projects across the Bahamas.