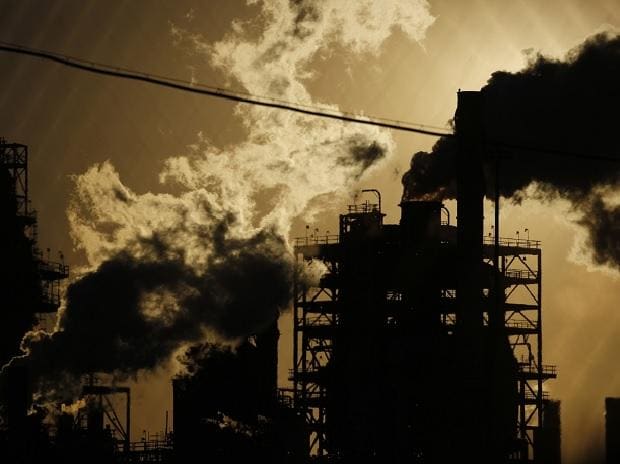 The United Nations’ Intergovernmental Panel on Climate Change (IPCC) released the second part of its sixth assessment report on Monday. Verified and approved by 270 authors and 195 governments, it tells the world how catastrophic climate change can be for humanity. The third and final part of this report is due out in April this year.


The latest report assessed for the first time the regional effect of climate change. According to the report, several major cities around the world are at risk. The report warned that Mumbai could face flooding due to rising sea levels while Ahmedabad was at risk of facing a severe heat wave.

The panel also warned that the ability of humans and nature to adapt to climate change was under threat. And they may no longer be able to adapt if global warming continues. He noted that more than 3.5 billion people, or 45% of the world’s population, now live in highly vulnerable areas. UN Secretary General António Guterres called the report “an atlas of human suffering”. He also said that fossil fuels are “suffocating humanity”.

The report describes India as one of the most vulnerable countries. He said around 35 million people could face annual coastal flooding by 2050, while 45-50 million people are at risk by the end of the century. The IPCC has also warned that damage to Mumbai from sea level rise could reach $162 billion a year by 2050.

According to Down to earth, India’s national social cost of carbon emissions was estimated to be the highest, at $86 per tonne of CO2. This means that the Indian economy will lose $86 by emitting each additional ton of CO2. India is followed by the United States, where the economic damage would be $48 per ton of CO2 emissions. Saudi Arabia is close behind with $47 per ton of CO2 emissions.

The report also warns that the world will see an increase in vector-borne diseases like dengue fever and malaria. And he also claimed that climate change will lead to an increase in mental health problems.

The first part of this report, which was published in August last year, said that the global average temperature would warm by 1.5 degrees Celsius over the next 20 years compared to pre-industrial levels (1850-1900 ). The panel called it “code red for humanity”.

The panel said sea level rise and groundwater scarcity will have a direct impact on India’s agricultural sector. The production of wheat, pulses, coarse grains and cereals could fall by almost 9% by 2050 in the country.

In the south of the country, corn production could fall by 17% if emissions are high. And this drop in production could cause price spikes in India, threatening food accessibility, food security and economic growth, the report continues.

It is also estimated that the Ganges and Brahmaputra river basins will experience increased flooding due to climate change. And continued climate change will also lead to a decline in fishing.

Countries are developing policy responses to address climate change based on the findings of IPCC reports. The panel has now made it clear that if the temperature rise exceeds the 1.5°C threshold compared to pre-industrial times, several changes could be irreversible. The panel said the 2°C target could be disastrous. So, governments around the world should ensure that lack of funds and political commitment does not get in the way of controlling global mercury.

Business Standard has always endeavored to provide up-to-date information and commentary on developments that matter to you and that have wider political and economic implications for the country and the world. Your constant encouragement and feedback on how to improve our offering has only strengthened our resolve and commitment to these ideals. Even in these challenging times stemming from Covid-19, we remain committed to keeping you informed and updated with credible news, authoritative opinions and incisive commentary on relevant topical issues.
However, we have a request.

As we battle the economic impact of the pandemic, we need your support even more so that we can continue to bring you more great content. Our subscription model has received an encouraging response from many of you who have subscribed to our online content. More subscription to our online content can only help us achieve the goals of bringing you even better and more relevant content. We believe in free, fair and credible journalism. Your support through more subscriptions can help us practice the journalism we are committed to.

2022-03-02
Previous Post: Russian economic collapse will be hard to avoid
Next Post: A transformational budget for a transitional energy economy