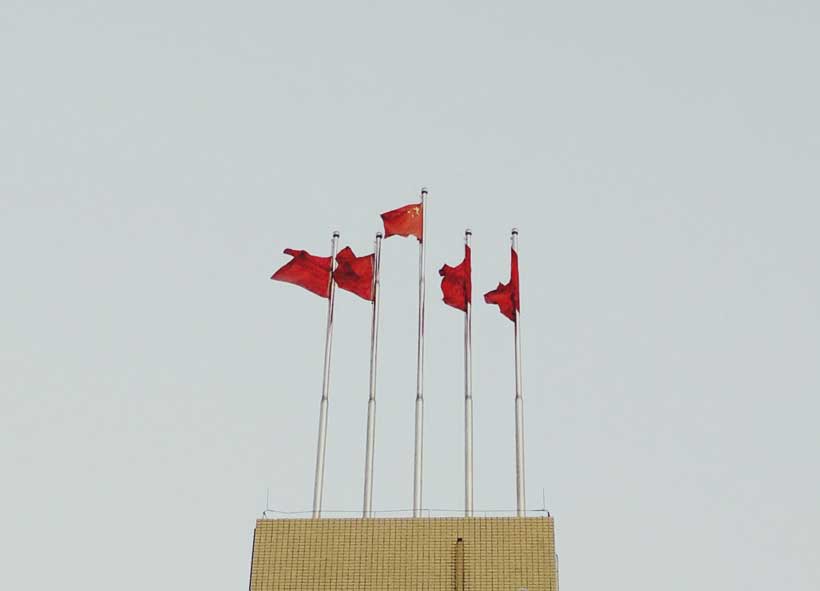 Soaring commodity prices have become a major problem in many countries. When the poor readjust their monthly budget to meet this rising price, shortages occur quite often. Even in Bangladesh, the queues for TCB trucks (Government Subsidized Outlets) are getting bigger every day. The problem became more serious in the last two days when Indonesia suddenly imposed a ban on soybean oil, resulting in a record soybean oil price in the country’s history. In just one year, the price of soybean oil has reached 198 Taka against 135 Taka in Bangladesh. Currently, the current inflation rate is 6.22% officially while SANEM claims it is around 12%.

However, Bangladesh is not an isolated case of commodity price spikes right now. It seems that inflation has become a global problem affecting most economies. In the age of globalization and interdependence, this global inflation poses a grave threat to our interdependence because it is the product of our reckless decisions, war, pandemic, and superpower rivalries.

Complex interdependence (CI) is a concept in international relations and international political economy. Simply put, it is the complex web of economic dependence and relationships between states and institutions that creates a global economy. The concept was first introduced by Robert Keohane and Joseph Nye in the 1970s. The concept became more relevant in subsequent decades as liberalism became the norm and the transnational economy flourished through the global value chain and global supply chain. Today we live in a world where societies and economies are interconnected across borders.

However, although CI promised peace, it also brought weaknesses. Butterfly or ripple effects become stronger than ever. A small change in the international market affects others directly or indirectly.

Inflation has become a global problem for some time now. Most countries are already facing this problem. The latest global data suggests that the inflation rate is 8.5% in the USA, 7% in the UK, and 7.8% in the euro area this year. In addition to country-specific rates, the global rate has also increased significantly since last year. The current global inflation rate is 9.2%, which has doubled since last year according to ILO statistics. Due to rising inflation, the price of raw materials has gone up all over the world. Almost all commodity prices have reached their highest level since 2008. In March 2022the world price of raw materials increased at the rate of 16%. The price of important raw materials such as iron, steel and lithium increased by 243%, 250% and 98% compared to 2021. Since the Ukraine crisis, the price of oil has also skyrocketed to over $100 a barrel. The prediction for the near future is not rosy either. World Bank forecasts suggest energy prices will skyrocket 50% in the coming days, resulting in the biggest commodity shock since the 1970s.

However, the situation got even worse when the price of edible oil shot up again due to the export ban. Indonesia alone provides 55% of the total palm oil in the world, while Malaysia is the second largest supplier with a 30% share. As Indonesia suddenly imposed a ban on oil exports, it created a preoccupation on world food prices. Soybean production is also another issue to consider. Latin America is one of the largest producers of soybeans. But this year, the region failed to reach the expected production. As a result, the price of soybean oil in Latin America has already reached $1900 per metric ton by the last week of April – an absolute record in history. Consequently, Argentina export registration suspended two months earlier, in March 2022.

Due to rising inflation, the purchasing power of ordinary people around the world is decreasing. Longer lines at TCB outlets in Dhaka are the proofs of this claim. The rising cost of living is also impacting savings rates around the world. By April 2022, savings rate in the eurozone fell to 13.3% – a record high; the rate was 25% in the first quarter of 2020. In addition, the last Indian wheat export ban will also pose a new challenge to the livelihood of ordinary people. It should be mentioned that India is the second largest exporter of wheat.

Why is this happening?

The main reason for this global inflation and commodity crisis is the supply chain disruption caused by the trade war, the pandemic and the current crisis in Ukraine. Although inflation became visible after the pandemic and was reinforced by the Ukraine crisis, the root of the problem dates back to the trade war between the United States and China in 2018. The trade war disrupted the easy movement of goods around the world, creating a spike in the prices of needed commodities. Later, lockdowns and restrictions have long disrupted the supply chain. Stimulus packages and costly governance of the pandemic have further heightened the challenges for governments around the world.

And finally, the ongoing war in Ukraine has ‘fan the flames of global inflation. Ukraine and Russia are the biggest suppliers of many essential products. War and sanctions have disrupted the production and supply of these products during uncertain times. Countries are suppliers of 12% of the world total calories. They are also the main exporter of sunflower oil, wheat and corn. Russia is also one of the main energy suppliers in the world. As the sanctions reduced its supply, a shortage also occurred in the market. Suddenly, by ripple effect coupled with the shortage, the war is negatively affecting the international food market.

Why is this a threat?

Liberal ideas came with the promise of a better life, dignity and rights. It also developed an interconnected and interdependent economy for all, promising affordability, availability, prosperity and peace. But after 30 years, it seems that this interconnection depends heavily on the behaviors of superpowers while others are powerless. Reckless policies and superpower rivalries affect every other country.

As a result, this global inflation will create a negative notion about liberal thoughts. It will also create mistrust in the existing system and compel states to pursue domestic policies. Growing “export bans” imposed by various major exporters reflect the pursuit of domestic policies. More importantly, inflation imposes an additional burden on ordinary citizens of the world who struggle to maintain a minimum standard of living. As inflation amplifies hunger, poverty and inequality, it will only push the de-globalization and anti-globalization debate. Therefore, it will pose a serious threat to the interconnection.

Solving this global inflation will take time. Several forecasts suggest that the situation is likely to worsen in the coming days with a commodity shock on the way. The only way to solve it is through cooperation between the State, companies and the actors concerned. The superpowers and hegemony must recognize their responsibilities and avoid reckless decisions that affect others. Domestically, vigilance against cartels, breaking monopolies, tax cuts, inclusive development and institution building are needed. Last but not least, in the age of interdependence, conflict is an expensive thing to afford; diplomacy should therefore take precedence over brute force.