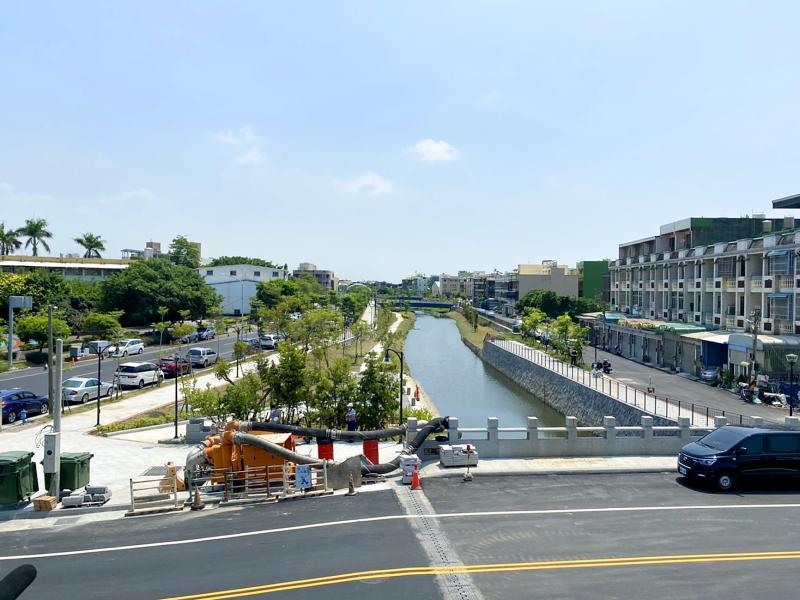 Construction and public infrastructure were unaffected by the COVID-19 pandemic in 2020, with construction tenders that year valued at over NT$683.4 billion (23.15 billion US dollars) and building completion rates reaching 95.87 percent, the highest in 14 years, Prime Minister Su Tseng-chang (蘇貞昌) said yesterday.

Some projects failed to attract bids due to budgets set without considering prices at the time, unsettled reasonable construction dates or substandard bidding documents, said the Public Construction Commission at a session of the Executive Yuan.

The commission and the Executive Yuan have standing measures that review and approve payments in the event of overhead increases due to rising construction material prices, the commission said.

Material prices are rising due to a shortage of raw materials and a lack of processed products, he said, adding that he conducts monthly reviews and demands that sales of sand and fly ash are sold at fixed prices.

The commission also said it dredged sand from rivers to provide building materials and to keep riverways open and uncongested.

The commission also said it was cutting concrete taxes in half while bringing in more foreign labor to ease labor shortages.

‘We are asking contractors to stick to the timetable for all contracts they have tendered for,’ a member of the commission said, adding that it was also launching reviews of any projects that failed to attract bids. .

The public has often blamed construction project delays and failed bids on lack of materials and rising prices, Su said.

The commission has demonstrated that it is working to ease the situation and facilitate bidding on government projects, Su said, asking the Ministry of Economic Affairs, Ministry of Finance and Ministry of Labor to help find materials and recruit foreign workers.

Comments will be moderated. Keep comments relevant to the article. Remarks containing abusive and obscene language, personal attacks of any kind or promotion will be removed and the user banned. The final decision will be at the discretion of the Taipei Times.