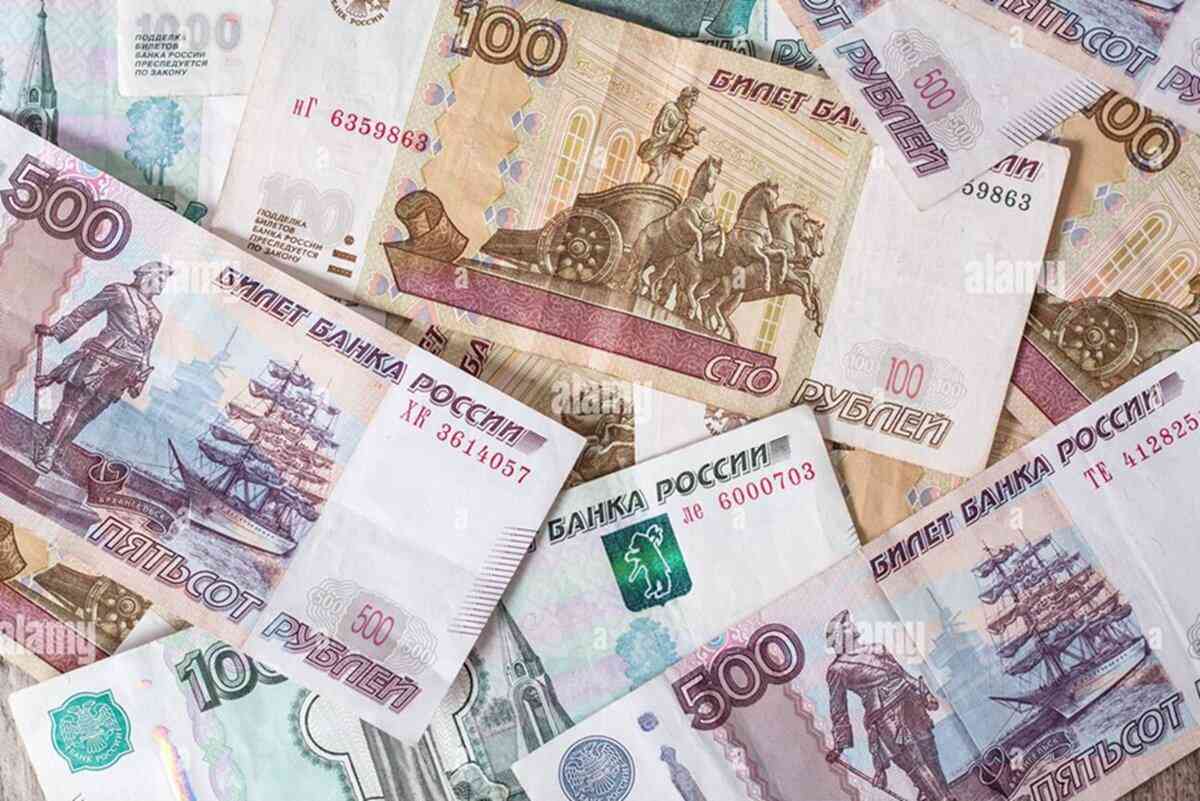 The Russian ruble continued its upward trend against the dollar to become the best performing currency in the world. On Monday, the ruble gained 2.5% in value at 0754 GMT to hit its highest level in more than four years. The main reasons for these gains are the conversion of payments for gas exports into rubles, the payment of taxes on mining extraction and a significant decrease in imports due to sanctions.

Although the strengthening of the currency is generally considered a positive economic indicator, it has negative impacts on the export sector, which is a major source of revenue for Russia’s budget. Due to the significant increase in the value of the ruble, experts suggest a drop in sales activity among exporters. This is the reason why many experts consider the increase in the value of the ruble as bad news for the Russian economy. They suggest that the comfortable ruble rate for the Russian economy would be 75-80 to the dollar.

Meanwhile, the Russian government has taken the timely step of reducing the percentage of revenue that exporters must convert into rubles by 30%, bringing it down to 50%. Nevertheless, Dmitry Polevoy, head of investments at LockoInvest, predicted a further increase in the value of the ruble. While many other analysts believe that once the imposed controls are completely lifted, the ruble will fall to its natural value of 70-80 against the USD.

The strengthening of the Russian currency, this too, thanks to its export sector is impressive given the ongoing Russian-Ukrainian war. Severe economic sanctions have been imposed by the West against Russia, which so far seem a futile attempt to coerce Russia into giving up its offensive against Ukraine. While the Russian economy was expected to be negatively affected by the offensive against Ukraine and the ensuing Western sanctions, the ruble rose by around 30% in value against the dollar in 2022, making it the best performing currency in the world.

2022-05-24
Previous Post: US economic growth slows more than expected in May, PMI shows
Next Post: Indian retirees dip into savings and eat less as cost of living soars