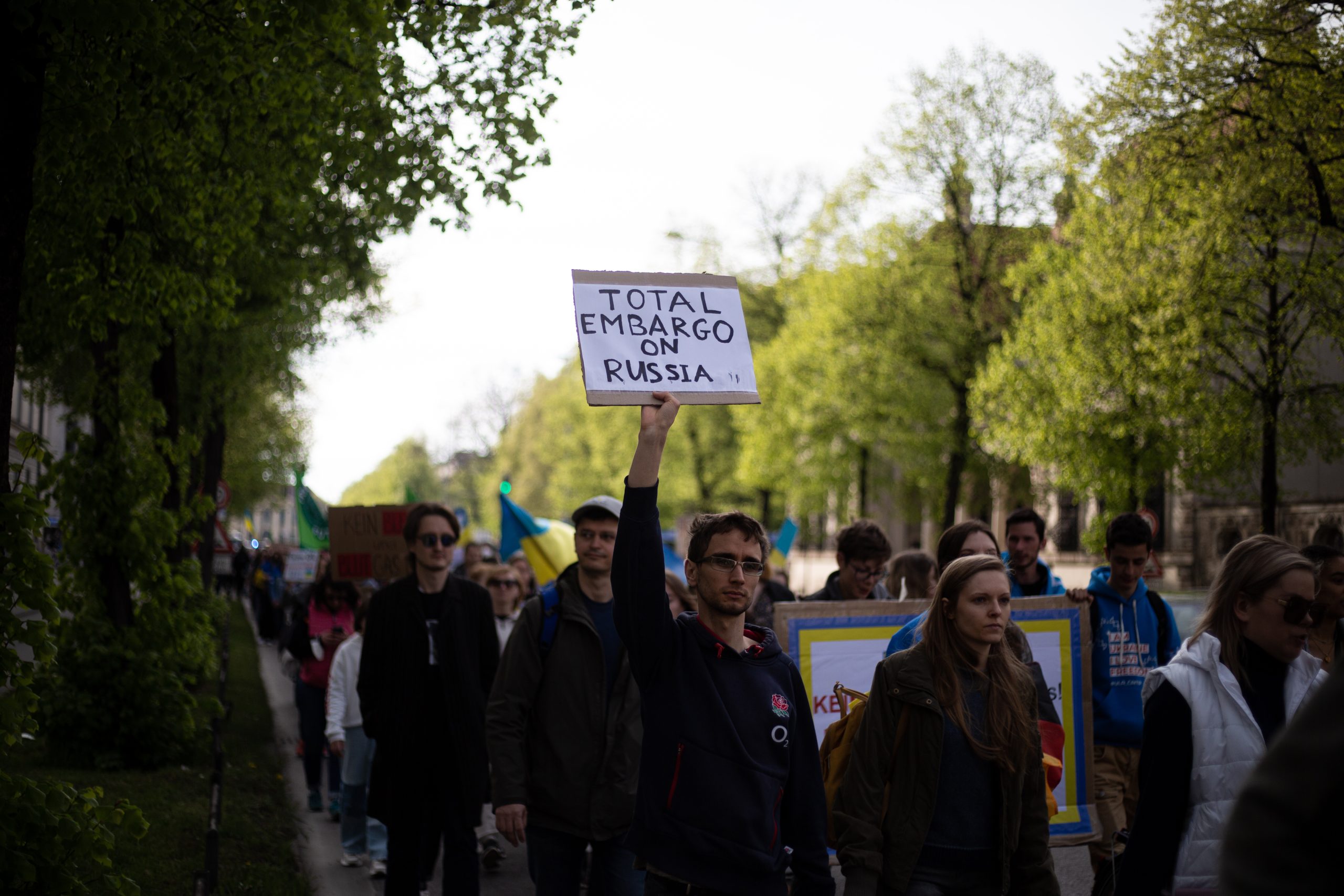 On February 24, Russia attacked Ukraine, bombing several towns and killing soldiers and civilians. Russia’s attack plunged Europe into one of its most serious security crises since World War II. As a result, President Joe Biden, European leaders and other US allies announced tough sanctions, targeting key Russian financial institutions and elites, and blocking technology exports to Russia. The hope was that these measures would isolate, ostracize and contain President Vladimir Putin’s Russia.

However, the success of these sanctions depends on the ability to identify assets held outside Russia and their vulnerability to confiscation. Not all sanctions effectively resolve conflicts or change the policies of a targeted country. Indeed, many sanctions regimes have failed to achieve their stated goals, even decades after their imposition. A parallel for the new sanctions against Russia can be seen in the even tougher measures imposed against its ally, Iran.

Sanctions against Iran, a lesson in history

Iran has been under various U.S. sanctions for four decades and suffered harsh economic sanctions in two rounds – under the administrations of Barack Obama and Donald Trump – largely because of the advancement of its nuclear program . The first round of restrictive measures was imposed in December 2011, when the United States, under the Obama administration, sanctioned the Iranian central bank and demanded substantial cuts in Iranian oil exports. This was followed in January 2012 by the European Union (EU) announcing that it would reduce and then suspend Iranian oil imports. The results have been spectacular. Iran’s GDP fell by over 5% in 2012-2013, the Iranian rial was devalued by 48% and inflation rose from 21.5% to over 30% year on year.

The desire for sanctions relief was a factor in Iran’s willingness to negotiate an interim agreement in 2013 and then a longer-term agreement known as the Joint Comprehensive Plan of Action (JCPOA) in 2015. that curbed Iran’s nuclear program in exchange for sanctions relief. However, in 2018 President Trump withdrew from the JCPOA despite Iranian compliance. The United States then unilaterally reimposed all previous sanctions against Iran and even added new ones as part of its “maximum pressure” strategy.

While Obama-era multilateral sanctions continued from 2012 to 2015 (until the signing of the JCPOA), Iran’s GDP shrank by 0.8% per year on average, while rates of unemployment and inflation were 11.1% and 27%, respectively. Moreover, the rial devalued considerably by 23% each year during this period. The oil and natural gas, automotive, shipping, shipbuilding and aviation industries have been hardest hit. However, once the JCPOA was negotiated and implemented, the Iranian economy rebounded.

Even though the Trump-era sanctions were unilateral, they had a dramatic initial impact due to the US-imposed oil embargo and the COVID-19 pandemic, which resulted in greater economic costs. During the pandemic, the fall in the price of oil created another negative shock for the Iranian economy. However, over time, Iran increased its oil exports to 1.7 million barrels per day from 606,000 barrels per day in February 2020 (sold mainly to China), as the Biden administration sought to join the JCPOA and the price of oil recovers. As a result, the Iranian economy has experienced moderate growth. Interestingly, the International Monetary Fund predicts that Iran’s GDP will grow by 3% in 2022.

Between the signing of the JCPOA and the withdrawal of the United States (2015 to 2018), Iran’s GDP grew by 4.8% and inflation fell to 10.1% each year on average, but unemployment remained high at 11.8%, according to my calculations. During the second round of sanctions imposed by the Trump administration from 2018 to 2021, GDP again fell by 2.7% each year, unemployment was at 10.7% and inflation rose dramatically for reach 36.2%. In addition, the rial has experienced a significant devaluation of 44.4% on average each year.

The effects of the sanctions on the Iranian economy imply that, depending on the severity and type of restrictions, the sanctions could significantly reduce GDP growth and increase exchange rates and inflation in the targeted countries. However, unemployment rates have not been affected by the sanctions because most Iranian jobs are in service industries, which are not subject to sanctions in the same way as oil exports. As a result, economic and financial sanctions will be more effective in industries that are more dependent on international trade and finance.

A comparison of penalties

In the case of Iran, first-round multilateral sanctions have been phased in. For example, two months after the United States sanctioned Iran’s financial sector, the Society for Worldwide Interbank Financial Telecommunications (SWIFT) stopped sending financial services to Iran’s central bank and other Iranian financial institutions. designated. However, in the case of Russia, the punishment was more immediate. US sanctions against the Russian central bank and the blocking of several Russian banks from using SWIFT came days after the invasion of Ukraine. This had a dramatic impact on the Russian currency, the rouble, which lost 30% of its value in just a few hours. The ruble has since rebounded somewhat, but Russia’s ability to continue supporting the currency is unclear.

A bigger difference between Russia and Iran is that Moscow was integrated into the global economy. Even after the implementation of the JCPOA, few large multinationals entered the Iranian market for fear of jeopardizing their much more lucrative markets in the United States. For Russia, on the other hand, the detachment from the world market has been dramatic. Major multinational corporations deliberately exited the Russian market to protect their reputations from association with Putin’s abuses; more than four hundred multinationals, including Apple, Facebook, Shell and BP, have left since the start of the war.

Moreover, unlike Iran, European policymakers are reluctant to impose sanctions on Russia’s energy exports, despite the fact that the Russian economy also depends on these revenues. Fuel and energy exports accounted for 63% of total Russian shipments, with crude oil and natural gas accounting for 26% and 12% respectively. Additionally, oil and gas provided 39% of Russia’s federal budget revenue in 2019, and Russia is the second largest exporter of crude oil after Saudi Arabia. However, the EU obtains 41% of its natural gas imports from Russia. Consequently, US and European policymakers have been very cautious in imposing sanctions on Russian energy exports, which could have a significant impact on Europe. The fact that Russia is still being paid for its oil and gas exports – and the rise in energy prices since the Russian invasion – could lessen the impact of current sanctions on the Russian economy.

According to the White House, the Russian economy will contract by up to 15% in 2022 and the inflation rate could reach 15% year-on-year. The costs will certainly be significant. But, as with the sanctions against Iran, the economic difficulties may not lead to the desired policy changes and there is no indication yet that Putin will end his invasion of Ukraine.

Iran, meanwhile, has advanced its nuclear program significantly in response to US sanctions and has yet to agree to return to compliance with the JCPOA. Although it is too early to tell with Russia, it is safe to say that there are clear limits to what economic sanctions can accomplish, especially against autocratic regimes whose elites tend to shy away from it. shoot much better than ordinary citizens.

Ebad Ebadi is a doctoral candidate in economics at George Washington University. Follow him on Twitter: @ebadi_ebad.

Does Russia Really Want the US Back in the Iran Deal?

The Kremlin has also backed European efforts to salvage the Joint Comprehensive Plan of Action since the United States’ unilateral withdrawal from the deal in 2018. Beneath the surface, however, Russia’s views may be more complicated and ambivalent.

Image: On April 29, 2022, around 245 people gathered in Munich, Germany, to protest against an embargo on oil and gas from Russia. Fridays for Future organized the protest. (Photo by Alexander Pohl/Sipa USA)