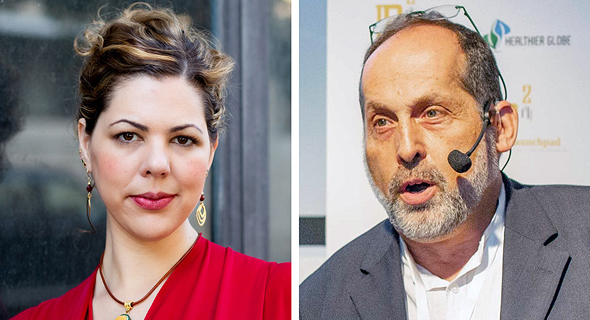 Tall in Taiwan: The Connection Between Israel’s Tech Sector and ‘Asian Silicon Valley’

By: Paul M. Deering
In: Economic affairs
Tagged: economic affairs, economic growth, long term
The government of Taiwan will invest approximately $1 billion by 2023 to establish its status as “Silicon Valley of Asia”. The plan to advance the Taiwanese ecosystem was presented by the National Development Council of Taiwan in 2018, and it includes 5 strategies to develop and root an ecosystem for startups and for technological innovation: allocate seed funding to startups, provide tax incentives to angel investors. investors, cooperating with venture capital funds, adjusting regulations and advancing talent development. The plan will also promote cooperation between industry and government, through means such as encouraging government procurement, launching government programs to support startups, opening up the local capital market to businesses, and promoting global market exposure through various specialized services for startups.

In order to foster innovation, the current Taiwanese government operates a “5+2” program and invests many resources in innovative industry, including the Internet of Things, life sciences, green energy, robotics and homeland security. Innovation in agriculture and cyclical economy were added later.

Taiwan has grabbed headlines over the past two years thanks to its success in battling the coronavirus pandemic. While most countries around the world went into lockdown during the outbreak of the pandemic, markets in Taiwan remained open and continued to operate as usual. The Taiwanese economy has even shown positive growth, with the growth momentum exhibited by the Taiwanese economy in 2021 expected to continue this year. Last month, the National Development Council of Taiwan updated the growth target for 2022 to 4.6%, a figure higher than that set in November 2021, which was 4.15%. Continued growth forecasts are based on an increase in domestic investment, strong exports and a continued increase in private consumption. At the same time, the global chip crisis has highlighted the global reliance on Taiwanese chipmaker TSMC. The company was founded in the 1980s with the goal of creating a knowledge- and technology-intensive industry, today producing more than 50% of the world’s chips.

Israel and Taiwan enjoy trade relations which, according to data from the Ministry of Economy and Industry – Foreign Trade Administration, amounted to about $1.7 billion in 2020 – a moderate increase over the past five last years. In October last year, Israel hosted the 13th Joint Taiwan-Israel Business Council, held online due to Covid restrictions. Thanks to the council, agreements have been reached for cooperation in various fields, from water technologies to renewable energies. In addition, as part of promoting innovation in the Taiwanese ecosystem over the past two years, the Taiwan Ministry of Economy has launched a number of innovation programs to maintain ties and cooperation. technology between Taiwan and Israel. The programs, which accelerate business entry into Taiwan’s “Silicon Valley,” are run at the Startup Terrace Innovation Park, which is supported by the Small and Medium Enterprise Administration of Taiwan’s Ministry of Economic Affairs. The center provides a base of business operations for participating companies. Following the success of the programs in Israel, Taiwan announced its expansion into five other countries: Canada, Australia, the United Kingdom, the Netherlands and Sweden.

The Taiwanese government’s emphasis on an ecosystem of innovation, investment, economic growth, and Israel-Taiwan ties all provide an opportunity for Israeli companies to play a role in Taiwan’s global growth and lead the ” Silicon Valley” Asian. Over the past two years, Taiwan’s Ministry of Economy has implemented several programs aimed at fostering ties and collaborations between the Israeli and Taiwanese ecosystems. The objective of these programs is the entry and activity of Israeli high-tech companies in the Taiwanese market, and from there in other Asian countries. Israeli Startup Nation and Taiwanese Scale-Up Nation complement each other, and the combination of the two will accelerate the development and growth of both.

Taiwan and Israel have many similarities – both small in size, with an advanced and developed economy, a democratic regime based on a capitalist economy, and both face challenges such as lack of natural resources and complex historical relations. with their neighbors. Moreover, Taiwan and Israel have an ancient and current tradition and heritage. In both cultures, there are traditional values ​​that exist today, in the 21st century, and which go hand in hand with progress, modernity and technological developments.

Besides the similarities and the Taiwanese people’s great appreciation for Israeli “chutzpah”, daring and innovation, it is also important to remember and understand cultural differences. Pay attention to commitment, reciprocity and trust, and bring a lot of flexibility, perseverance and patience. The more the Israeli and Taiwanese business parties build and strengthen their personal networks, the more the joint construction of Taiwan’s Silicon Valley will accelerate.

Building relationships, “Guanxi” 關係, is an art in itself. Since the past two years have compounded the challenge of building Guanxi, one of the things that can help establish meaningful, long-term business relationships is the assistance of a local partner, person, organization or company, located in Taiwan. A local partner will be able to bridge cultural differences, put their personal network in the Taiwanese ecosystem at the disposal of Israeli companies, assist throughout the process of building relationships, negotiating and signing agreements. Through the use of a local partner, Israeli companies will be able to accelerate their entry into a rapidly growing market, awash with investment and focused on its position as a hub of East Asian and global activity.

Written by Meital Margulis Lin, founder and CEO of Taiwanit and Rani Shifron, CEO of the Israeli consulting company Healthier Globe, and responsible for IP² programs in Israel.