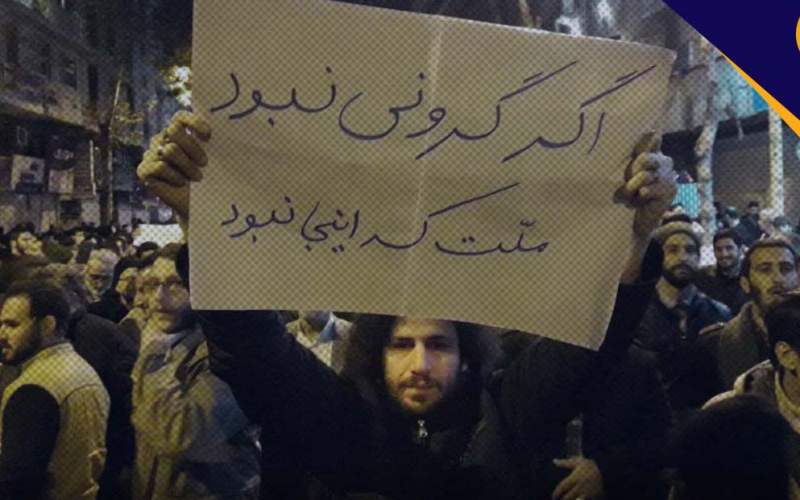 To make sense of the regime’s economic surgery, watch the uprisings


The recent nationwide protests against the rising prices of products such as bread, cooking oil, eggs and pasta began in Khuzestan province (southwestern Iran) on May 6, where they were met with violence by state police and riot police.

As always, the Iranian regime restricted internet access during the protests. According to NetBlocks databaseInternet has been interrupted in parts of Iran, especially in areas where protests are taking place.

Since May 10, when the government of Ebrahim Raisi raised the prices of four basic commodities – cooking oil prices, in particular, jumping more than 400% overnight, street protests have spread to at least 10 provinces. The regime tried to prevent the protests from spreading by resorting to violence, which in some places led to the killing of protesters. Despite widespread killings and arrests, he did not. The funerals of the victims became the scene of new clashes between the people and the repressive forces of the regime.

The protests immediately became politicized and targeted the entire regime and its leaders with slogans like “Down with Khamenei, Down with the dictator” and “We don’t want the mullahs in power”.

Coming from all walks of life, demonstrators shout slogans that target senior leaders of the religious system, including Supreme Leader Ali Khamenei and President Ebrahim Raisi. It is obvious that protesting against the struggling economy is complementary to another essential demand: the overthrow of the regime. The demonstrators chanted: “Khamenei is a murderer, his reign is illegitimate”, “Guns Tanks Fireworks, the mullahs must lose themselves” and “Death to Raisi”, “Death to the dictator”, “Neither surrender nor humiliation, shout yours”, “Liar Raisi, what happened to your empty promises”, “No to the IRGC regime”, “Neither Gaza nor Lebanon, I sacrifice my life for Iran”.

The internet in towns where the protests are ongoing is either shut down or partially throttled by the government in an effort to control the spread of information.

What sparked the protests

The new round of protests began in Iran following the rapid rise of consumer goods, including bread and pasta. While prices have been on an upward trend in recent years, they spiked soon after the government of Ebrahim Raisi abolished the preferential exchange rate, especially for flour and bread.

Previously, six commodities, including wheat, barley, corn, soybeans, crude oil and oilseeds, were sold on the basis of a preferential exchange rate, along with some drugs and medical equipment. The regime’s decision to end this arrangement has made flour, bread and other necessities much more expensive in Iran.

The prime rate was the country’s official exchange rate, kept at 42,000 rials to the dollar since 2018 and apparently used to import essential materials such as wheat and medicine. (The real exchange rate fluctuates between 280,000 and 300,000 rials per dollar). But insiders of the regime who received the imported goods at a lower price resold them at exorbitant profits on the market. Prices did not drop significantly, and since the regime did not have enough money, it started printing money.

Unsustained banknote printing has created liquidity well in excess of Iran’s low production rate of 3%. The regime abolished the official exchange rate after much fanfare over the “fight against corruption”.

Because Iran’s liquidity rate was higher than its production and employment rates, inflation became rampant, causing prices to rise steadily.

Since regime officials knew that removing the official exchange rate could certainly raise prices, they did an about-face when implementing their so-called “economic operation”.

But the price spike speaks for itself. Since the preferential rate was removed, wheat is up 100% from three years ago. The price of flour has risen from 25,000 rials to almost 170,000 rials per kilo, and the cost of medicine has increased tenfold.

So why did Raisi do this?

Contrary to the Islamic Republic’s blaming narrative, Western sanctions are not the reason for the situation. It is the result of years of flawed and devastating policies, endemic corruption and embezzlement.

Now the regime had to make a choice. Either subsidize the people’s most basic needs or continue to fund their repression at home, their extensive interference in the region, their missile program and their drive to acquire nuclear weapons. The regime chose the latter. Endemic corruption and systematic embezzlement have aggravated the situation.

According to the public daily Eghtesad-e Ayandeh on May 12, the regime would gain about $8 billion by removing the prime rate and fixing a much higher exchange rate. The ruling theocracy in Iran needs every penny to fuel its warmongering and terrorist machinery and use it as leverage in its nuclear talks with world powers.

Moreover, the regime gains billions of dollars as the prices of consumer goods continue to rise. The regime has “removed the preferential rate simply because the government wants to benefit from five quadrillion rials [nearly $17 billion] difference in the price of consumer goods. The assertion of spending money on people is a bitter joke,” the state-run daily Mostaghel acknowledged on May 10.

Raisi’s government has promised to give Iranians four million rials in grants for two months to ease tensions. But as the prices of consumer goods continue to rise, this amount of money would do nothing to help Iranians make ends meet.

Moreover, even if the regime gave Iranians four million rials in subsidies, inflation would rise even more, leaving Iranians with nothing to meet their basic needs.

The reactions were so severe that tightly controlled state media began warning the regime of another nationwide uprising. They also admit how the regime’s disastrous economic policies and corruption have deepened Iran’s economic crisis.

The regime’s “economic surgery” would “kill Iran’s ailing economy”, according to MP Moinoldin Saadi, quoted by ILNA on May 14.

Hossain Raghfar, one of the regime’s economists, called the plan “a new episode in the looting of the Iranian economy that the government is carrying out to compensate for the budget deficit”.

“Only the people will suffer from this decision. They cannot tolerate so much financial pressure and soaring prices. We should also take care of our safety. Economic pressure on people certainly increases social protests and [uprisings]. The recent protests in southwestern Iran are proof of this, and we cannot ignore them,” the official Mostaghel daily warned.

“The government should not test people’s tolerance. People’s patience has a limit. These measures could cause incidents [uprisings] like those of 2018 and 2019, or even worse because people see their lives in danger,” the government daily Bahar quoted MP Ghasem Saedi on May 12.

The regime has so far failed to deceive the public. On May 15, the official Etemand Online website quoted Hojjat Abdolmaleki, Raisi’s labor minister, as saying that there have been “more than a million cases of protests” in just four days since the implementation of the so-called saying “subsidy modification plan”. ”

Iran has seen various protests and at least eight large-scale uprisings since December 2017. When the November 2019 uprising broke out and the regime killed 1,500 peaceful protesters, the regime and the people knew the situation would be no more. never the same.

While viewing the current protests as the sole result of an economic crisis would not capture the full reality of Iran today, it is fair to say that the country is going through a critical socio-economic transition. Ultimately, the real battle on the streets of Iran is over two complete versions of Iran. The mullahs in power want to impose a theocracy rejected by the overwhelming majority of the population. And the people yearn for a democratic, non-nuclear secular republic that respects human rights, is at peace with its neighbors and the international community, and promotes gender equality. The regime wants to stay in power at all costs while the people seek to overthrow it completely.

Resistance units, affiliated with the main opposition Mujahedin-e Khalq (MEK) party, have sprung up across the country. In the last Persian calendar year (March 2021 to March 2022), they conducted more than 2,230 anti-repression campaigns to pave the way for uprisings. The Iranian regime has seen a new upsurge in popular unrest in recent months.

Since January, resistance units have carried out several major campaigns disrupting the operations of state radio and television networks, its propaganda ministry and the ministry that plunders Iranian farmers.

Resistance units affiliated with the MEK broadcast slogans and excerpts of speeches by MEK leaders in the arteries and iconic public places of major cities, encouraging popular revolt with the explicit aim of democratic regime change.

The quantity and quality of these activities have not gone unnoticed in Tehran’s ruling circles. They have also led to more acts of bravery being displayed on Iranian streets by average citizens. The regime is at an impasse. The more he plunders people to fund his terrorist and nuclear priorities, the more anger he arouses among the people, and the more likely he is to be overthrown.

Every story of protest, whether it’s teachers demanding their salaries, pensioners demanding fair pay or the victims of a collapsed building in Abadan, Iranians call “death to the dictator” every time they succeed in gather and walk. They are aware that there is no economic initiative or environmental solution to their misery as a decades-long resistance across the country and around the world has continued to point to the root of the problem.

In the absence of the regime’s Supreme Leader’s intention to comply with the demands of the people, the waves of uprisings do not stop. As the protests increase, the number of Khamenei supporters decreases. It’s only a matter of when, not if, when real change is deemed inevitable.